The mission of Village Arts is to provide affordable, safe educational programs in performance and visual arts for children and families living in the Valley Village and North Hollywood area, as well as providing a solution to the gap in arts education in the Los Angeles public school system.

Village Arts vision is to create an opportunity for all children to participate in the arts and to foster a feeling of possibility and achievement. Through our work, we have discovered students inherently develop an atmosphere of inclusiveness and support when engaged in the process of creating.

Village Arts is a non-profit entity EIN: 83-3652255. All donations are tax deductible to the full extent of the law. 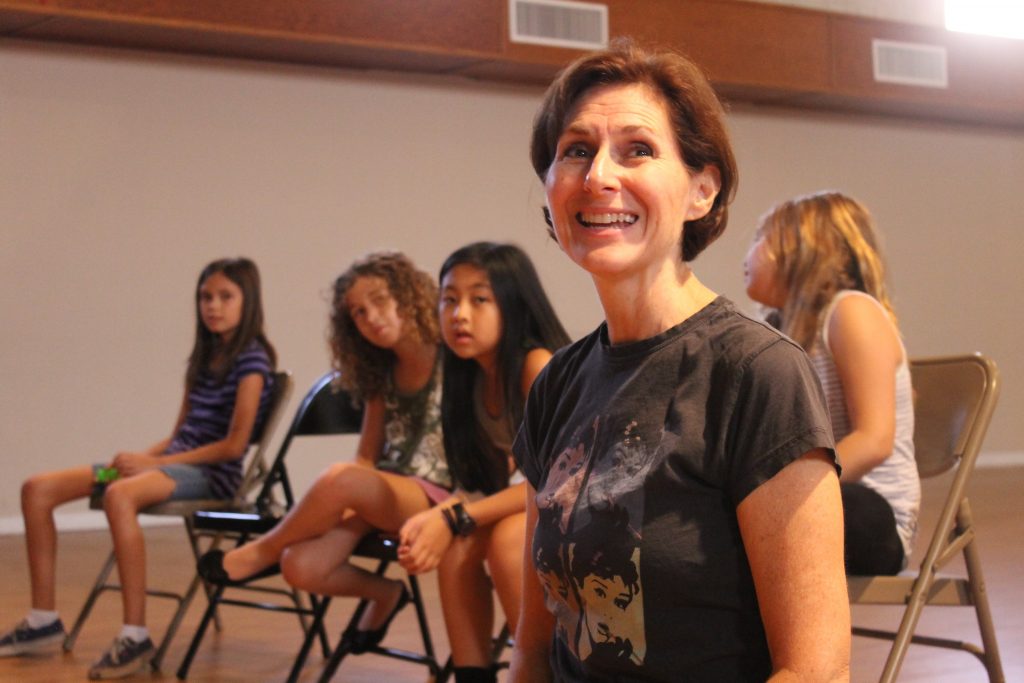 Pam brings over 20 years of experience of developing and teaching performance arts programs in addition to being an actor and mother. She has a deep love of arts education and developing programs where every child gets an opportunity to shine. In New York she created a jazz dance and theatre program at the Bendheim Performing Arts Center that was a combination of performance and classes. She would go on to direct over 20 productions at the Bendheim.

In Los Angeles she was commissioned by the Hollywood Arts Council to create an educational theatre program to be used in the LAUSD schools. Her program would go on to earn an Educational Achievement Award from State Assemblyman Mike Fuerer. At The Wesley School in North Hollywood, Pam is the Drama teacher and is responsible for creating their seventh grade drama program that is a fully immersive program of classes and performance. In 2015 she and her husband decided to create Village Arts to build upon her work in the Valley Village community and her theatre program at Colfax Charter Elementary School. Together they are working towards building an arts center in the community that will offer classes and programs in all performance and visual arts and that will truly be “A place for everyone.”

Theatre and the arts captivated John as a kid when he participated in his mother’s free “pop-up” art centers in White Plains, NY. There he would spend afternoons and weekends working with clay, paint and the countless found materials his mother and her colleagues could scrounge up.

Mime, clowning and theatre would then become a passion that led to his working in experimental theatre in college where he discovered the power of how theatre, collaboration and community could be harnessed for change. After finishing his studies at Circle in the Square’s Professional Theatre Program he had the good fortune of meeting his wife, Pamela Shafer, at a summer stock theatre. What they both thought would be a summer fling, turned into a life time journey of creating theatre and a family together. Together in New York City they would work on many theatre projects leading to John becoming the Artistic Director of the non-profit theatre company, The Phoenix Ensemble. Their work with Phoenix would lead them to earn an award from The United Nations Society of Writers for their international theatre exchange with the former Soviet Union’s theatre arts school, GITIS. They would also create the two-person musical about ‘20’s silent film star Louise Brook, “Lulu”, that performed in Los Angeles, New York and Boston.

John’s work would lead him to television and film serving as an executive at Hallmark Entertainment, Showtime Networks, Inc. and Participant Media. Some of his most successful projects are the Emmy award winning adaptation Ira Glass’s This American Life and Showtime’s successful line up of documentary films Very Young Girls, Shame, Rikers High and Same Sex America; they all earned numerous awards and nominations and premiered at such film festivals as Sundance, Toronto, Tribeca, IDFA, Full Frame and many more. He’s also developed an extensive slate of critically acclaimed Family Films for Showtime that garnered multiple Daytime Emmys, the Peabody, the Humanitas as well as awards from a variety of film festivals. Most notable among these films are: Bang Bang You’re Dead, Salma Hayek’s directorial début, The Maldonado Miracle, Rod Serling’s A Storm In Summer directed by Robert Wise; John Knowles’ A Separate Peacedirected by Peter Yates and produced by Dustin Hoffman’s Punch Productions.

Our arts center is located at Faith Presbyterian Church of Valley Village and offer programs at Colfax Charter Elementary School as well as independent schools in North Hollywood area.Currently, our performance and visual arts programs serve a diverse population of students and offer scholarships to families in need.

We collaborate with the local artists to help teach, develop and create programming and continue to expand the array of classes we offer in performance and visual arts.

In the coming year, we plan to further expand our scholarship program for families and we are currently developing programs in design and technical theatre with the local schools and professional designers.

Pam and John’s creation of Village Arts comes from their passion for theatre and education. Together they decided to build on Pam’s successful approach to teaching that allows each student to discover their way to achievement and success.

The creation of an arts center in North Hollywood is to provide a destination for the Valley Village and North Hollywood community to participate in the arts and expose children to all the arts offer.

Learn more about our programming and how your donation can help to provide arts for students and families in the North Hollywood area.

All our love and support to the Bailey family. Jac

Hey, everybody. Meet us at Colfax Charter tomorrow

We're having a ton of fun in our programs. We're o

Our Kinder and First Grade program starts on 2/22.