CALDWELL HALL, FAITH PRESBYTERIAN CHURCH
Drop off your children at school and come start your day with a dance based exercise class! What made the flapper flap? How did American women go from waltzing in a ballroom in long skirts and high heels to twisting on the beach in furry bikinis? Come dance your way into the answers! Join us as we laugh, sweat, and burn calories, and learn the most popular dance moves from the 1920s -2020s. Each week is a different decade. Learn the Charleston, the moonwalk, moves from boy bands, Beyonce! No dance experience is needed. 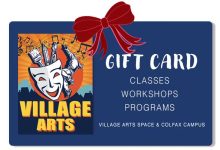